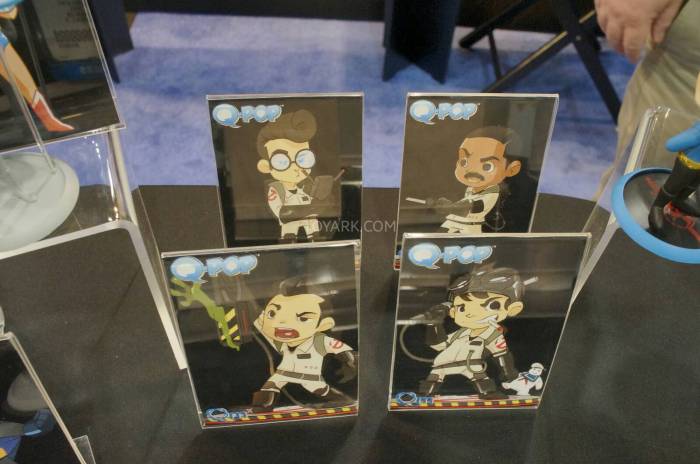 QMX, (Quantum Mechanics) makers of Q-Pop figures announced at New York Toy Fair they’ll be producing Ghostbusters Q-Pop figures. Q-Pop Ghostbusters Prototypes weren’t available, (hopefully for future cons) the above four concepts were. From first glance you might think QMX was prepearing a treatment for a new cartoon, perhaps with kid versions of the guys. If you ignore the fact Ray is smoking a cigarette. Which in itself today will be interesting to see if that makes the final version.

Like with some of the other Ghostbusters licensees I’m not really familiar with QMX or the majority of their products. Below is a “sample” of what their figures can look like. If we lived in a mirror, mirror universe and all the Ghostbusters could have goatees. 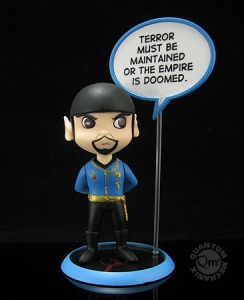 What do you think of the concept Q-Pop Ghostbusters figures? Will you be adding them to your collection? I’m sure we’d like to see the finished product. Between Matty Collector’s multiple Ghostbusters figures and Funko Pop’s upcoming vinyl figures, these have to be different enough. And also priced just right.