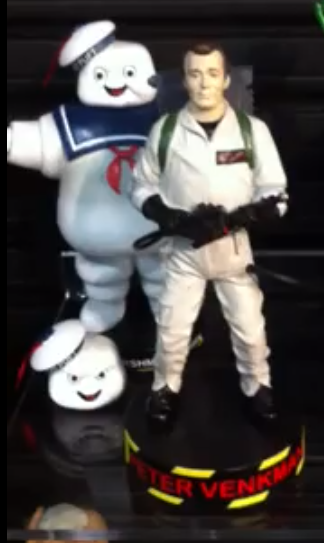 Factory Entertainment filmed a 29 second video (probably using their fruity or robot phone) at New York Toy Fair. Previously only pictures surfaced of the Ghostbusters Shakems and they were behind the more prominent Stay-Puft and Slimer Shakems. Thanks to the video we now know both Peter and Ray do more then “shake.” Pressing a button will play at least two lines of dialogues the characters said in Ghostbusters. Unlike the Matty Collector Retro-Action Citizen Ghost Peter Venkmans, the dialogue is from the actual actors, not someone doing an impression.

END_OF_DOCUMENT_TOKEN_TO_BE_REPLACED 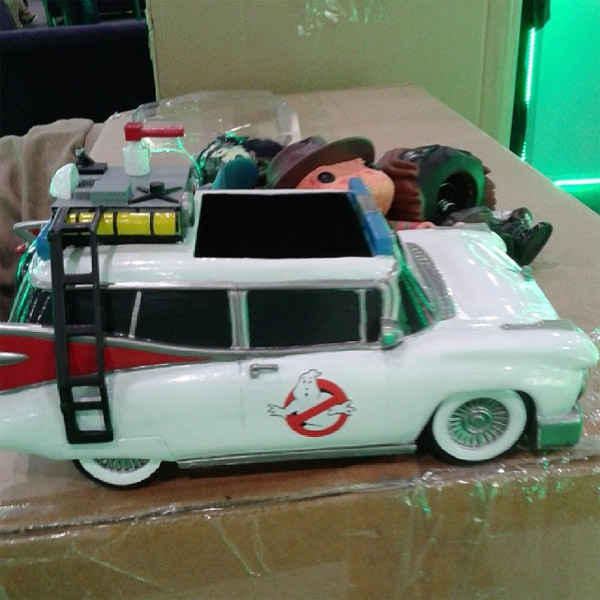 Not the prettiest picture. Apparently for whatever reason Funko‘s Pop Vinyl ECTO-1 wasn’t on display at New York Toy Fair. Or it was and a picture didn’t surface of it in the nice green back lit display. Funko’s ECTO-1 reminds me of a chopped version of Kenner’s ECTO-1. And a larger version of The Real Ghostbusters soap dish.

I don’t know if this is the final version, and I may be in the minority of ghostheads who aren’t sold on this. I won’t complain if I had to own it. I don’t know if I would buy it, if it wasn’t going to be included with Funko’s version of Winston. One of the positives is it appears any Funko Ghostbusters figure can sit, well stand in ECTO-1. Fortunately too Winston will be able to be displayed on its own. I’m glad the creative minds at Funko thought like how ghostheads and collectors do.