I had seen this posted sometime in recent months, unbelievably with Ghostbusters 30th Anniversary coming up I forgot about it. It was brought to my attention again when friend and colleague Jeffe Rodriguez shared it on Ghostbusters NJ’s Facebook page. Via Ghostbustersmania’s Facebook album. 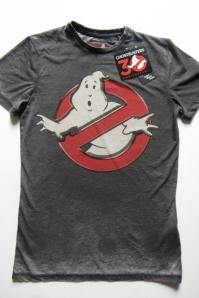 This official Ghostbusters 30th Anniversary t-shirt could/can be bought in the European market. Possibly in Australia as well? The t-shirt could or can be found at Primark stores. If you know who the licensee is behind this t-shirt, if their are more official 30th Anniversary Ghostbusters t-shirts, are they sold in North America without eBay, and any other information, such as price please let us know in the comments or on our Facebook page.