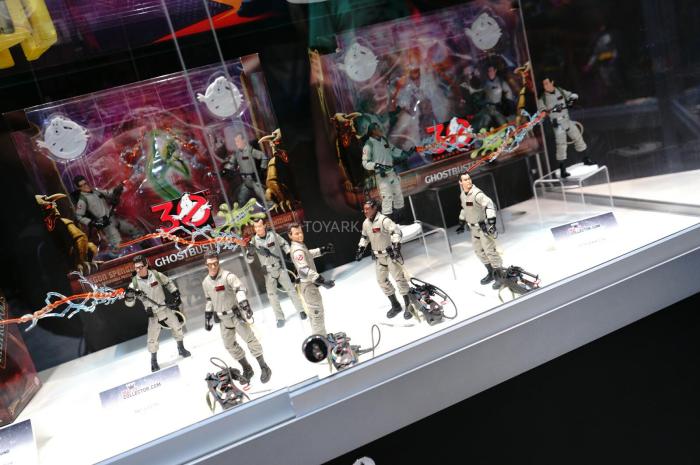 During 2014 Matty Collector, a Mattel collector brand had been relatively quiet when it came to Ghostbusters. Matty Collector had been teasing San Diego Comic Con products, nothing Ghostbusters related. I had even asked about something fans knew was coming.

At this year’s SDCC, Matty Collector finally revealed what is most likely the final products for Ghostbusters 30th Anniversary 6″ figures 2 packs. Each set comes with two 6″ Ghostbusters figures. What makes these sets different, besides getting 2 figures per set is the figures have removable Proton Packs and glow-in-the-dark “no ghost” logo figure stands.

The 30th Anniversary Ghostbusters figure sets will be available from Matty Collector this September. Probably around the middle of the month at $50 USD per set.