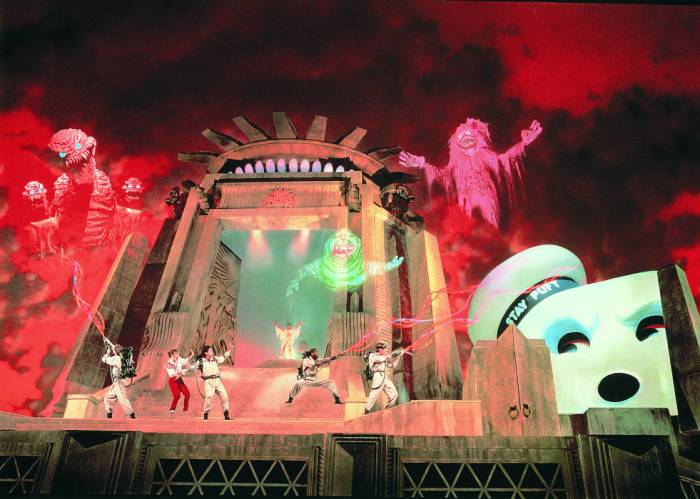 This could be something to be corporate thankful for. We want to get excited, before we make immediate travel plans let’s take a look at what Universal Studios is ‘considering.’ END_OF_DOCUMENT_TOKEN_TO_BE_REPLACED 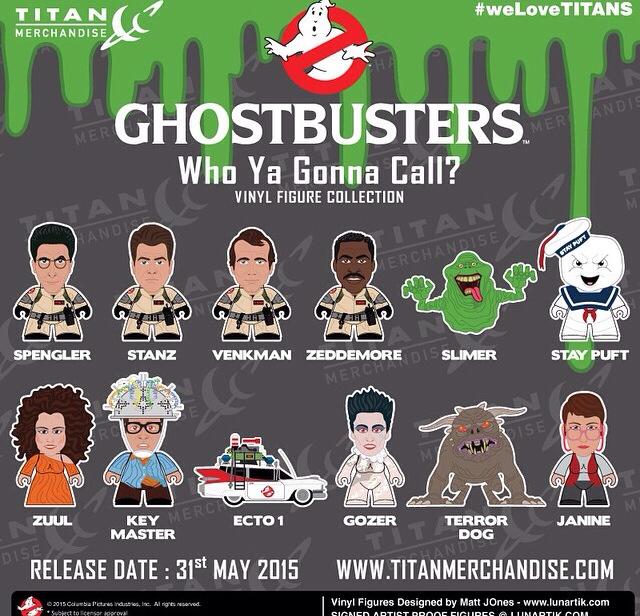 In May I found through an auction listing a vintage Back Off Man~I’m A Ghostbuster sticker. This was an officially licensed sticker from Sandylion. Even if the name isn’t immediately familiar, if you had a sticker collection, its a safe bet it was made by Sandylion.

Sandylion, as an early Ghostbusters licensee produced at least two Ghostbusters stickers. The aforementioned “Back Off Man” and “This Property Protected By Ghostbusters.” END_OF_DOCUMENT_TOKEN_TO_BE_REPLACED

When I bought my LEGO Ghostbusters ECTO-1 in June, it was from LEGO’s on-line shop. When I received my order (Rich Collectibles) it included a catalog. I didn’t have any newer catalogs as I haven’t bought any LEGO sets since.

In May 1984 the cooler TV networks and their affiliates ran a Ghostbusters teaser spot. You couldn’t have really known what was going on or what to expect the following month. The “ominous” music made Ghostbusters seem scary with no comedy. Soon enough audiences would be part of something bigger then a microchip. END_OF_DOCUMENT_TOKEN_TO_BE_REPLACED

Hard to believe 30 years later, when GHOSTBUSTERS™ was being made, then in and out of theaters the film property didn’t seem be that marketable. Prior to The Real Ghostbusters, ‘movie merchandise’ was limited with books, soundtracks, a lunch box, model kits, and paper goods. 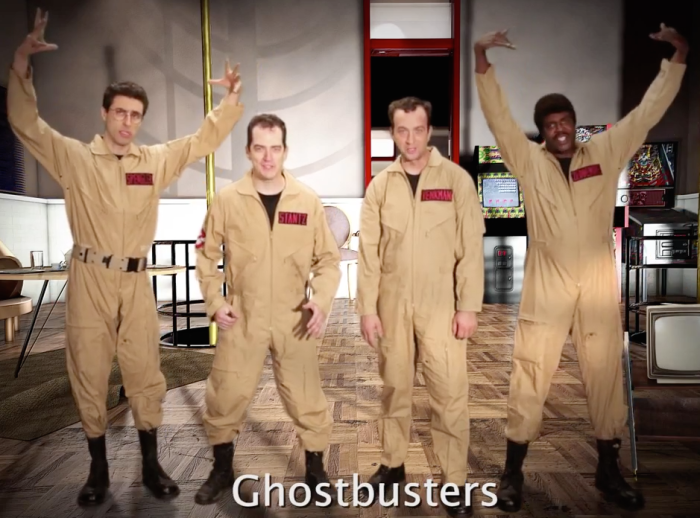 Season 4 of ERB (YouTube) has begun with the most requested rap battle, Ghostbusters vs MythBusters. Who really won this epic battle?*

*Rap battle contains some mature language which may not be suitable for all age groups. END_OF_DOCUMENT_TOKEN_TO_BE_REPLACED

In early 2012 I bought a Matty Collector Ghost Trap from a seller within my state. I took un-boxing photos almost immediately, didn’t do much with them. The intent was to upload them to Ecto-Containment and around that time write a review. Whatever the reason prior to “Superstorm” (right) Sandy I sat on them.

The first week of November two years later I finally decided to work with those original pictures and add them to Ecto-Containment. The review still needed to be written. With my sense of humor I made it seem like we’d see that in 2016. Before the review I realized I needed more detailed pictures. I took a new series of photos, uploaded on November 9 and on November 10 wrote a review of my Matty Collector Ghost Trap, which has been published to Ecto-Containment.

The only prop toy I haven’t reviewed is their P.K.E Meter. I could see covering it by the end of 2014, I’ll see how that goes.

We were informed, albeit a little later then we would have preferred that EW’s website has two Ghostbusters reunions articles that aren’t part of the print issue, uh we don’t think. Fact check much?

Epic Rap Battles (ERBs to those who are hip to it) is a YouTube channel where historical and pop figures battle each other in the way it was done on the streets back in the day. Through lyrical rhymes known as raps! END_OF_DOCUMENT_TOKEN_TO_BE_REPLACED