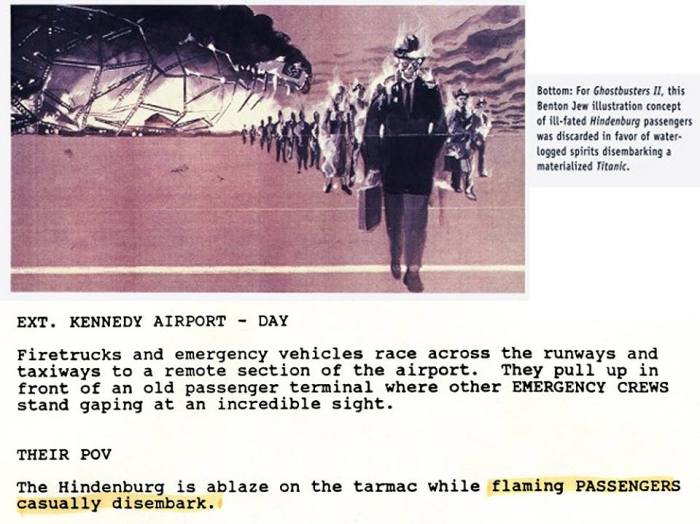 In recent years ghosthead Paul Rudoff who runs the Ghostbusters website Spook Central has provided fans with a Halloween treat. Who doesn’t love Ghostbusters treats? Maybe that overgrown marshmallow man. :p These treats were chosen in the form of special eBooks PDFs. For Ghostbusters™ 30th Anniversary Paul has provided a Ghostbusters Theatrical Program Book PDF. It was handed to moviegoers at Ghostbusters premiere screenings.

This Ghostbusters II script draft is from August 5, 1988. Its certainly different from what my employers really went through and what made it to theaters for June 16, 1989.

Some of the changes from this script as told to ghostheads by Paul:

Vigo (who once sat on a Russian throne) didn’t need all that messy negatively charged slime as he had a more mobile source of evil, a religious relic. Can you imagine Vigo chasing the Ghostbusters later in the movie using the Statue of Liberty? He would have if this draft was ready for final film making. Thankfully changes were to be made.

For more information about this draft script and to download the PDFs, read Spook Central’s Halloween 2014 Treats blog post. If you’re interested in owning the actual script Paul has it, a second early draft, (to be posted in a later update) and more for sale.