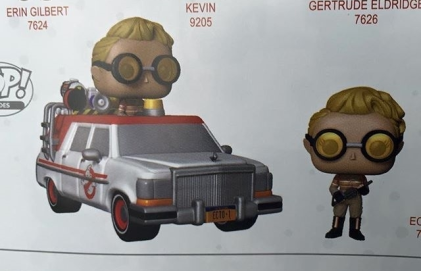 Also as part  of their Pop Ridez line is a Ghostbusters (2016) Ecto-1 that will include a Jillian Holtzmann pop.

New to Funko’s Fabrikations line is this Stay-Puft marshmallow man. It seems so cuddly. 🙂

On display were Vinyl Idolz Ghostbusters Dorbz (Ecto-Containment Blog Post, October 13, 2015) which can currently be bought from retailers. 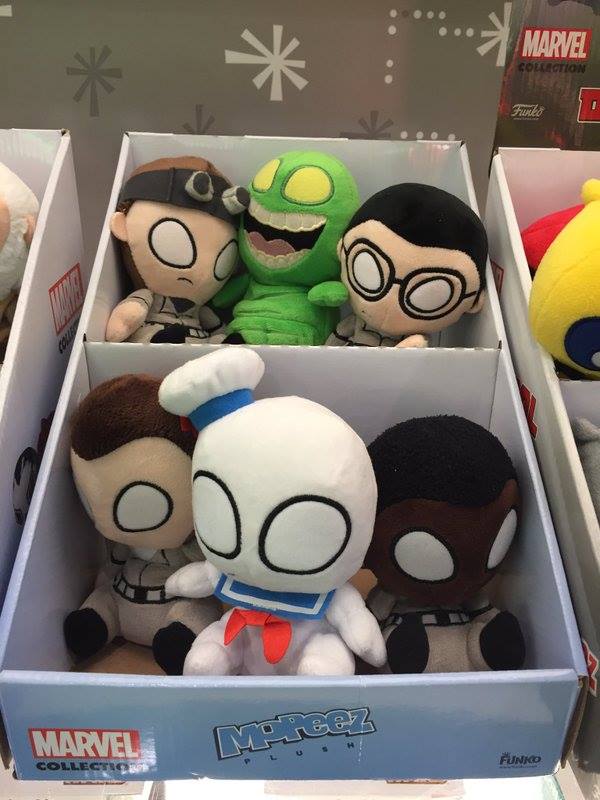 I’m not familiar with Funko’s Mopeez plush figures. The Spider-Man mask eyes probably are significant to them. Appropriate as they join their Marvel Collections friends. We have all 4 Ghostbusters, (thank you!) Slimer, and Stay-Puft who looks like its trying to make sure it would be in this photo. 😀 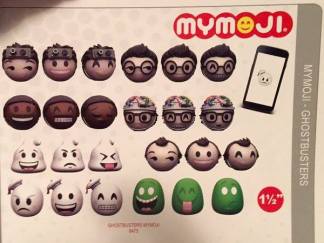 Mymoji seems like something that would be common in Japan. Maybe it is. I don’t have an intern to do research. Combining Ghostbusters with texting facings, (emoticons/emojis) which in turn makes collectible toys. Pretty neat.

I probably couldn’t top Ghostbusters mymojis. Unless I had been a toddler when Ghostbusters was in theaters. Funko and Playmobil signed a toy peace treaty so kids can play with Playmobil Ghostbusters figures. Whoo!

All we have is this art and our imaginations. They do resemble their Vinyl Idolz counterparts somewhat. Safe assumption a wave 2 would have Egon and Winston.