Mattel, who we’ve known will be producing Ghostbusters (2016) figures (Ghostbusters International Blog Post, January 8, 2016) not only is displaying the new team, its ghosts, and something you don’t see everyday.

If you haven’t already seen these photos elsewhere, figures may contain vague spoilers for Ghostbusters (2016). 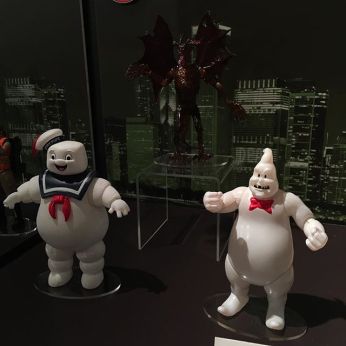 What’s interesting about photo 1 and part of photo 2 is what looks like the “no ghost,” except without the “no logo.” In the toy fair Funko post their’s also a friendly version of this ghost. Easy to mistake it for our famous logo ghost. Now ghostheads may wonder is our logo ghost actually based on a specific ghost somewhere? If so, would we make a quick witted comment about his fashion sense before “zapping and trapping?”

Photo 2 also shows in the background a darker, more menacing version of the winged skeletal ghost Lego will include with the Ghostbusters (2016) Ecto-1. (Ghostbusters International Blog Post, February 5, 2016)

A Stay-Puft figure from Mattel probably gives ghostheads a first look at new classic figures. Going by that one photo, the figure looks great and will always remind me of Kenner’s The Real Ghostbusters Stay-Puft. 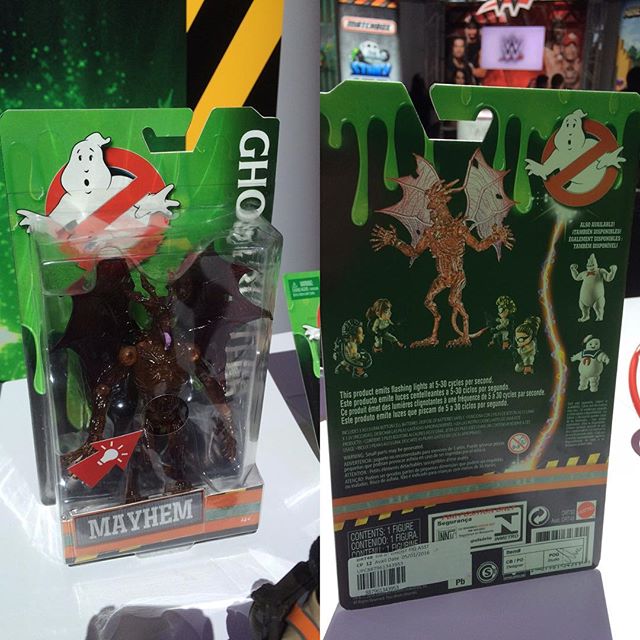 Packaging/cards for Ghostbusters (2016) figures. So the winged devil like ghost is called Mayhem. We’ve also learned since the original post the no, well “yes” ghost has the name Rowan. If you’re a WWE fan you probably thought of WWE wrestler Eric Rowan or simply Rowan. A member of the Wyatt family who would fit right in with Ghostbusters (2016). 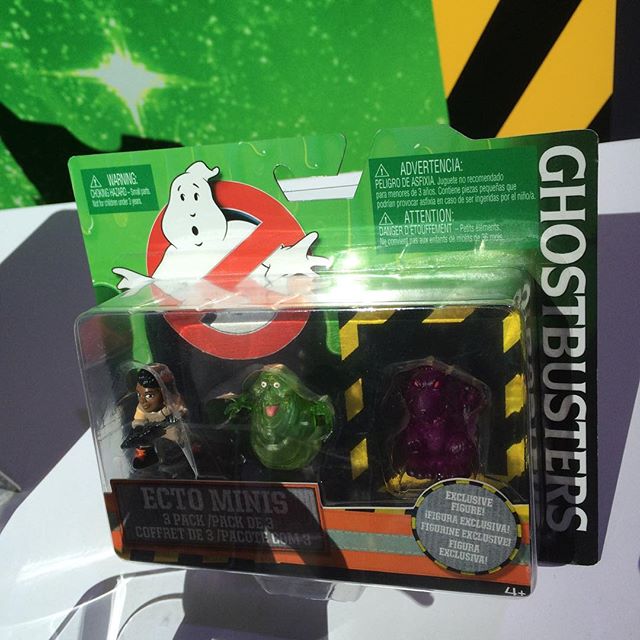 Mattel also showed their new line of smaller (Minimate like) figures they call Ecto Minis. I’m about 75/25 on the name. Real ghosts and Ghostbusters deal with ectoplasm often enough. Either way the name would apply. 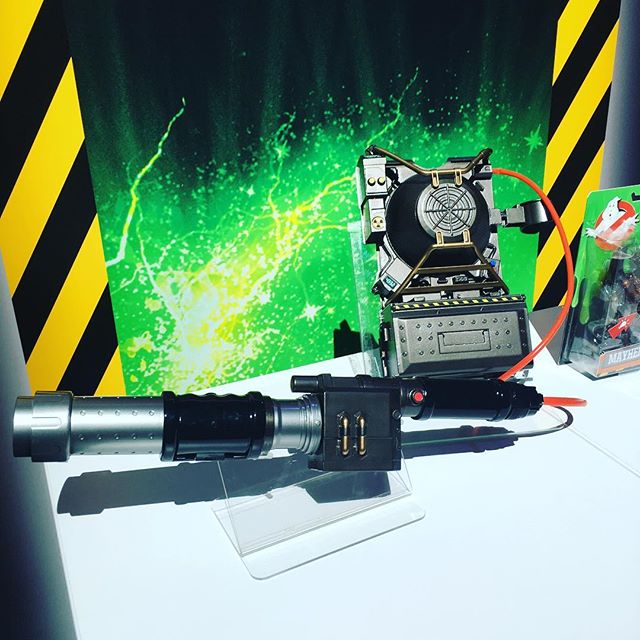 The 6 year old Ghostbuster and collector within still hopes Mattel will complete their Neutrino Wand (Ecto-Containment) and produce a classic Proton Pack.