Last weekend was Toy Fair New York. Or as most have called, including us New York Toy Fair.  Quite of a few of our licensees are exhibiting our mutually beneficial wares. Our Ghostbusters franchise members have been in attendance to provide announcements and photos. 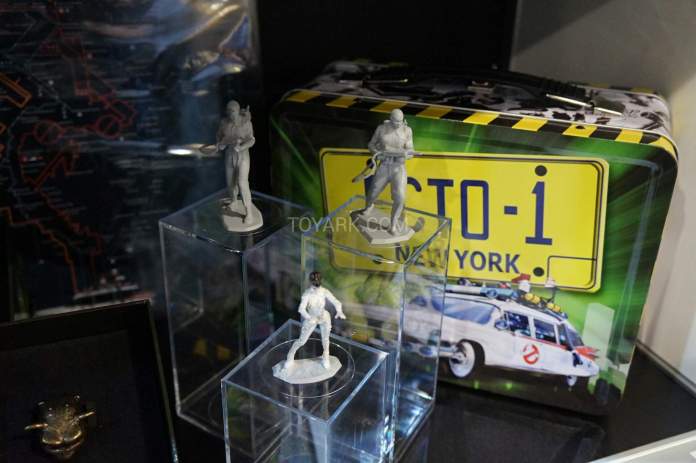 I had wondered why Factory Entertainment hadn’t made an Egon or Winston premium motion statue around the time of their release of Peter and Ray. I can still wonder, at long last premium Peter and Ray motion statues don’t have to bust alone.

Something that caught my attention (photo 2) was some kind of Ghostbusters book. Its most likely a journal. Either way the cover can be a conversation starter.

In the last photo we have some smaller prototype figures. I haven’t heard what they’ll be for. They almost resemble game pieces. As of now we see a couple of Ghostbusters and Gozer. If or when we have more information, we’ll either update this post or write a new one.