Earlier this month a couple of the artists, Joel Hartman and Dan Francis shared their Ghostbusters Puzzle Fighter art through their respective sites. 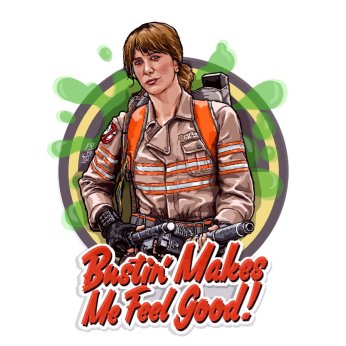 Artist Stone Cold Piper (Twitter) created the above Ghostbusters (2016) fan art. In our opinions* art like this should be licensed for apparel, posters, pins, and more. The ectoplasmic sky is practically the limit.**

This may be extremely (really Rich?) exciting for fans of the Extreme Ghostbusters. In particular if you’re a ghosthead and live in Region 1 where it isn’t available on DVD. Hulu is set to stream season 1 (the only season) of Extreme Ghostbusters on Tuesday, March 1, 2016.

Personally I haven’t used Hulu in years, long before their was a plus version. I don’t know if the entire season will be available as it could be on other streaming services. Or it’ll just be a premium show. If a ghosthead knows or we find out, I can update this post.

Also as its been a while, (Ecto-Containment Blog Post, October 21, 2015) Sony Pictures streaming service Crackle has continued adding episodes of The Real Ghostbusters to stream. The last episode is season 1’s A Fright At The Opera.