Ghostbusters (2016) or Ghostbusters: Answer The Call is being released to home video formats (sorry, no VHS) by Sony Pictures on October 11, 2016!

Digital version will be released into the streams on September 27, 2016.

After GBI’s interns lost the paperwork, then semi-compiled notes we’re the last (or nearly last) to have further details. 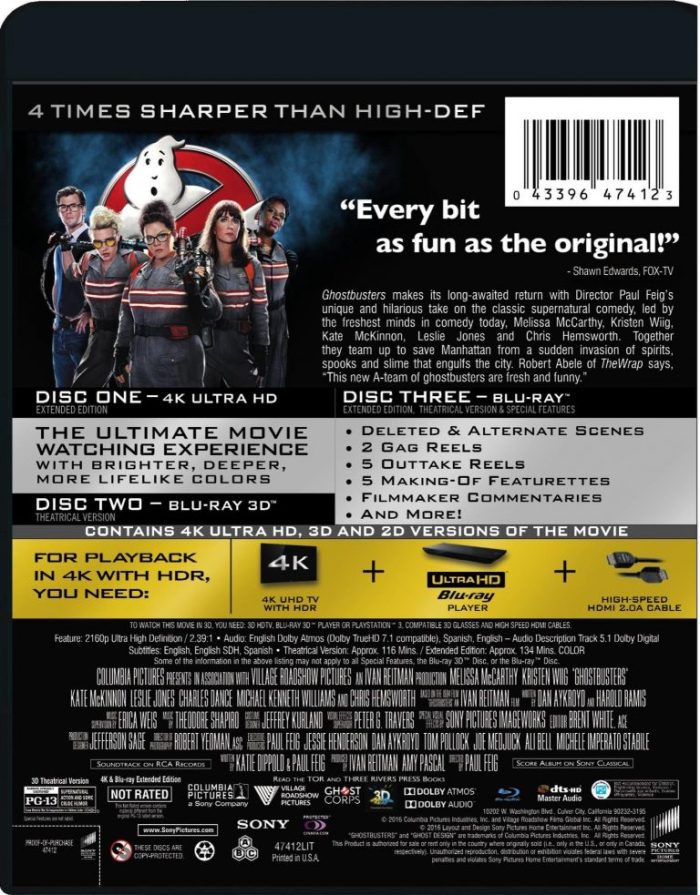 Buzzfeed has an exclusive deleted scene if you can’t wait!

If having Ghostbusters: Answer The Call with its its hours of content isn’t enough, their will also be retailer exclusives!

Walmart locations in Canada will have a blu-ray gift set! Details for US locations aren’t currently listed.

Get cozy on a cool evening with a new movie while wearing Ghostbusters “no ghost” logo socks!

If you pre-order Ghostbusters: Answer The Call’s release date you also get a Ghostbusters “no ghost” key chain.

Target locations in the United States will have an exclusive bonus disc titled Recreating the World of Ghostbusters. 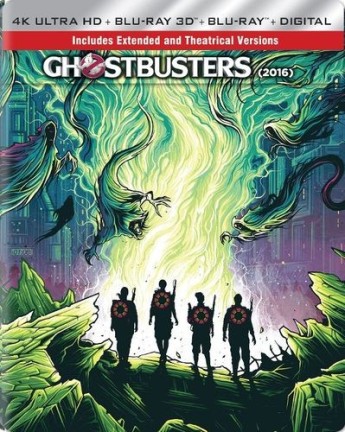 Best Buy locations in the United States will have steel book covers for the blu ray and ultra 4k.*

*Artwork may not be final.

If retailers in countries outside North America have a gift to entice your purchase at that retailer, we’d like to know.

Ghostbusters: Answer The Call is available to pre-order (within the US and Canada) from Amazon and chain retailers.