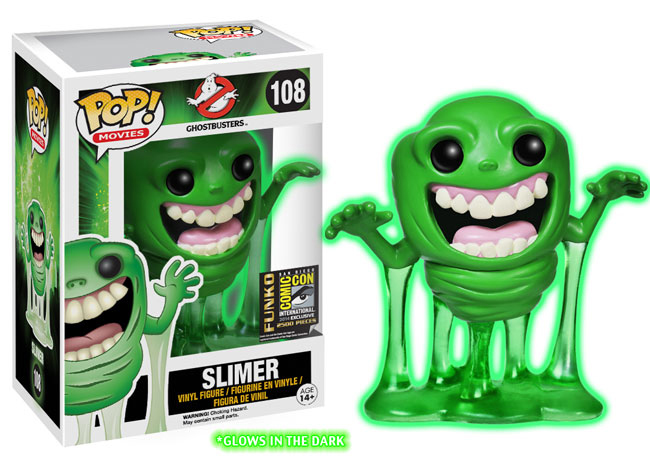 The only one that doesn’t make sense is the Stay-Puft that glows in the dark. Yeah, Stay-Puft did glow…red as the marshmallow incarnation of the Traveller was heating up and getting ready to implode. Whose thinking of that when you see the cuteness of this Pop figure? 😉

If you’re not able to attend SDCC, these items may be available from retailers after the con. With and without third party pricing. I believe officially the slimed Peter/Slimer set will be available in August/September 2014. Ghostbusters Inc. will carry these in our Slimes Square store in August.